jjxtra Posted on January 31, 2012 Posted in Uncategorized No Comments 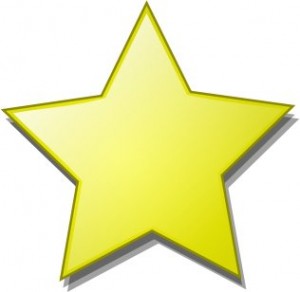 I recently watched a series of slides on making a game like “Plants -vs- Zombies.” In this article, James Gwertzman writes about this game through a series of slides (which I’ll reference throughout this article). The game is made by PopCap, a big player in the casual games business. They are over on the Ruby Gamers page on our website. I’d like to take this article and examine it. This is how to make a 5 star game like “Plants -vs- Zombies” (from here on out called ‘the game’). In this article, I hope to uncover some of the tangible steps to take to make a best selling game. Because as we know, it requires a 4 or 5 star game to give us the best shot at making a hit.

There were 77 slides worth of information about how PopCap made a 5 star game that turned into a best seller.

These slides will be referenced throughout and can be found here.

First, here’s some of the eye popping statistics.

It’s safe to say that the game was a success. So why can’t anyone make a game and have this kind of success? Why doesn’t everyone sell millions of copies of their game? Game development is hard. That’s one reason. But there is much more to it than that. There’s at least a tribe of people very capable of making mobile games. So why don’t they make best sellers?

It’s very apparent that the game gained popularity quickly. It won a host of awards from gaming websites and magazines and actually has physical memorabilia (see slide 5) created from the game. In addition to that, when the game released for the iPhone, sales shot up in large part to the audience in China.

I do know there was at least 4 people who worked on the original version of the game in 2009. There was a game designer, programmer, artist, and sound/music producer. Jeff and I have game design and programming taken care of. We’re missing the artist and sound folks. If you have a passion for creating the most detailed and engaging art a game could ask for, please contact us. We’re looking for help in this area.

1. Be inspired by other games, but innovate too.

Previous developers and gamers who made the game looked like they had an affinity for tower defense games in Warcraft 3. Who can blame them. Warcraft 3 has some of the best custom games of any game ever made. There were plenty of other games to draw from ranging from tower defense, lane defense, and the idea of castaways -vs- pirates, ala the Swiss Family Robinson.

The game also drew inspiration from the organization of its plant cards from other games, see slide 23 where this is another game that is browsing through a series of pets like fish and snails. I think the point here is to take what you already like about games and use that as the foundation for which to build a new one.

On slide 26, there’s a VERY simple version of the game, with flowers and advancing ghost like creatures. My guess is that it didn’t take very long to get these graphics created. A talented graphic artist could probably do them all in a day. I’m sure it didn’t take the programmer and game designer much time to whip something up in no time.

Prototyping will give us (hopefully) feedback quickly so we can make important adjustments. Which leads me to point 3.

Slide 28 shows some interesting notes and sketches about the game. I can tell that there were many discussions, probably based on the prototype about what to switch up to make the game fun and not frustrating. Several of the sketches were of critters and creatures made to look more fun in general as well. Several games, Plantasia, Garden of Dreams, and Flower Shop, Alice Greenfingers, and Garden Defense seem to be sources of inspiration.

4. Don’t Be Afraid to be Creative.

Slide 39 mentions being creative. I think this means not holding back on ideas and being willing to explore and try anything. Who knows what the next creative idea might end up being?

The game went through many variations on its main theme. On slide 46, there is well over 100 game name ideas. To me, this shows the power of brainstorming. With so many names and ideas, one is bound to pay off and in the case of this game, it certainly did.

This seems to be a key point in the game. Slide 48 repeats what slide 3 says. Add fun, remove frustration. Slide 53 even shows some of the different artist drawings for what the plants and zombies could look like. This tells me they were very open to different options rather than settling on one way of doing things.

It looks like Rich Warner # 3 on slide 53 was ultimately chosen for the look of zombies and flowers 🙂 This is important to me. Rich is the artist for the game. If I can get a hold of him and have a conversation, that would be a wonderful opportunity for me to learn. I’d hope I could give something back in return…

What does this really mean? Slide 56 shows this title, but what is creative ownership? I remember going to work at a start-up company MANY years ago. It felt very ME ME ME in favor of the founders of the company. Is it safe for me to say that most people have their own self interests at heart? This includes me…

I think the best way to handle this is to tap into that self interest. Creative ownership means someone working on the game probably felt like they played a major role and had influence in the game. Perhaps those people were paid extra cash as well, but ultimately, they had say in the direction the game went. This is tapping into self interest in a positive way.

On slide 58, there looked to be a company-wide forum for the game. Anyone could download the latest version and make comments. I think this is a great method of collaboration. Anyone can play a game, even if they aren’t technically savvy. They probably got a lot of feedback just from people in their own company.

Jeff and I have the challenge in that we don’t have a large company. In face, we just have Jeff and I. But I did talk to our 4 year old daughter Ellie last night about Grow Em. There’s one feature in particular that lit up her face with excitement. So Jeff and I are going to have to become mobile game missionaries and really spread the word about our prototypes I think.

I have mixed feelings about this one. I do agree that the game should be pretty self explanatory. But I also think there is a segment of people that enjoy reading about the details of the game, even statistics about how things work (like life, damage, armor, etc…). Still, the game does a great job of being playable right off the bat.

The menu on the start screen is intuitive. There’s not a lot of wondering how to start. You just kind of pick something and the game walks you through it with a few simple instructions and away it goes.

I think preventing players form making bad choices is more about guiding the player along with the MOST CRITICAL game elements being explained so the gamer is not confused about what to do next. Then later, the gamer can use their experience to make logical, strategic, or impulsive choices in the game as they see fit.

Slide 67 shows interesting data. It is the number of seconds taken to win a level. The slide after that shows the results of an adventure level (win, lose, or restart). This data quickly tells the game designer and programmer how people are faring in the game. I’m sure for easy levels, the win rate should be pretty high. For the harder one’s, a few losses and restarts is probably ok.

Measuring creates a game play balance in a game. This is THE MOST critical element in a game, even more than graphics. The game must be fun, but challenging and interesting too. This balance is what separates classic games from those that are average or suck.

It goes without saying to have fun (as slide 70 says). Why do something you hate? The folks over at PopCap games obviously had a blast making the game. They threw in surprises in the game and were eager to announce new versions within the company. Having fun just makes something so much easier to work on.

The verdict is that there are these 10 (and probably many more) areas to remember when making a game. It’s not just coming up with an idea and making a game about it. There’s an iterative process of going back and forth again and again with something that is fun that everybody loves, with a highly skilled team. Stir all these being done well in a pot, and that is a key to the recipe of making a 4 or 5 star game that sells and wins awards like this one did.

[…] by doing a very simple prototype of every game idea we start. We got this idea from learning how a very popular game, Plants -vs- Zombies was made. In that game, an early version was made and changes were made over and over again based on the […]