Marketing and Selling Games For Realz

jjxtra Posted on January 21, 2012 Posted in Uncategorized No Comments 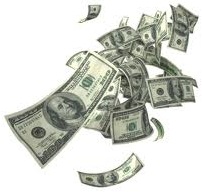 Jeff and I made Math Asteroids and it is now available for Windows Phone and XBOX 360. Yipeeeeee right? Yes, we made and released a fully functional game. We’re excited – we actually made a game and it’s in the app store for Windows Phone. So…. is anyone buying it? Well, after about a week, 7 people have bought the game and we even had a few people leave feedback in the App Hub forums. We implemented some of the suggestions from the feedback.

But we’re left wondering now, “How do we really market and sell our games?” I mean for realz! We want to turn our games into millions of those dollars. How do we get to that point?

Maybe the point isn’t to try and make millions of dollars doing it. We really love making the games, shouldn’t that be enough? Not if we want to do it all day every day. We have full-time jobs, wives, kids, and mouths to feed. And the wives need curtains and clothes and those things don’t just grow on trees. But I digress. We’re really wondering how we can sell more copies of our games. We know the formula for making a game and putting it in either the iPhone app store, or the Windows app store for Windows Phone and XBOX. The question is, then what?

WTF Do We Do To Sell More Than a Few Copies?

We know now we can make a decent game, put it in the iPhone or Windows app store and have it sell a few copies. Over the course of a year, it might even sell 100 copies. I think anyone can replicate this process so long as they make a game that is somewhat decent (2 to 3 stars out of 5). I wonder then, if we made a 5 star game, would it just sell itself? Would we need to do ANY marketing at all? Hmmmm, but how do we know when we have a 5 star game? Here’s what I THINK we need to focus on. This is what I think at the moment. For all I know, I could be dead wrong, but I think this is a good start.

For what we’re doing, I researched how to find the best selling games for the platforms we will develop for. Here they are:

Here’s where the best selling XBOX 360 games are at

Here’s where the best selling Windows Phone games are at

We don’t develop for WII or Play Station simply because we just don’t know how and feel the market is captured pretty well by the above platforms.

As a side note, I don’t see a deep and involved role playing game on these lists, except for a couple on the XBOX (which is not a mobile platform and harder to develop for). WTF? That’s the kind of game we want to make. But it looks like most of these are casual/puzzle type games…

2. What kinds of games are the best sellers?

Well, I said it earlier. As of January 19th, 2012, the best selling games are casual games and puzzle/card games. These make up 80% of the best sellers in all categories. I should clarify in more detail what makes a casual game – it’s a game you can pickup and play easily – and put down easily. I think that is what makes them so appealing – the commitment time to play is short.

3. What characteristics made them best sellers?

So my conclusion is that $0.99 games for iPhone have the greatest market share. But time will tell what the future shift of power will be.

4. Where are these games being marketed and advertised?

Well, all these games are on their different app stores. The best sellers are generally all available each for iPhone, Android, and Windows Phone. That tells me these companies are leaving no platform un-turned. But that doesn’t answer how they are selling so many, beyond the high number of reviews and generally 4 star ratings or higher…

Maybe that’s all it takes – getting a lot of feedback from reviews and having those reviews be 4 stars or higher on average… Most games had a Facebook page and Twitter account. The feedback on the Facebook pages was generally very positive. For instance, Doodlegod, a mobile game, has over 5,000 likes on its Facebook page and the feedback is good overall.

It seems that the really successful games respond to just about every comment or email. That personal interaction seems to keep customers. The temptation for me is to just put stuff out there and hope people buy it. But I’m seeing more and more that humans are social creatures. If Jeff and I can learn to interact better, chances are, word of mouth and sales will follow.

Most have a website and appear to be developed by a team of developers. The graphics and presentation all seem to be done by experts. No best selling game looks like a junk type of game. I think these games are networking online and through news outlets. This just takes a completed game, some courage, and potentially some money it would seem.

5. How much did it cost to develop the best selling game?

For my twin brother and I, the cost to develop a game is pretty minimal. We don’t pay a salary to each other, so the cost is our Internet connection and development tools, as well as subscriptions to app stores (like Microsoft’s App Hub).

However, we don’t have experts in graphic design/animation, or sound. The top games excel in these two areas (as well as general game play and fun). So to make a best selling game, we’re going to need help in the area of graphic design and maybe sound. My guess is that we can make a solid game in a few months with help. This means we’re probably going to need to shell out a few thousand dollars (or more) for help.

As an example, Angry Birds cost $128,000 to make for the iPhone (for the first version). It is my belief that the majority of this cost was the hourly rate/salaries of the egotistical game developers/programmers. Wait a minute, Jeff and I are developers. Scratch that. I bet they weren’t egotistical, just paid a lot of money. Because Jeff and I have a large chunk of development taken care of through experience and skill, a lot of that cost is out for us.

Jeff and I have programming, development, game play, and creative ideas taken care of. We’ve been playing games since we were 5 years old and have extensive programming experience. It’s apparent to me now that we lack in marketing skill and graphics, animations, and sound. But I believe I’m in the process of solving the marketing side. This article alone has been an eye opener for me in seeing what I need to do more for marketing.

I think with some hard work, going outside my comfort zone, and putting in the effort to learn, we’ll start to sell more games. The key is to take what these best selling games are doing and find a novel idea that captures interest and gets rated 4 stars or more. Jeff’s iPhone games (6 in total are probably 2 to 3 star games). Not bad for doing it in his spare time and as a hobby. If we can make a very high quality, fun, and addicting game that gets solid reviews/ratings (4 stars or higher with hundreds of votes/reviews), I think we’ll do better than selling a few games a week by just throwing a game out there in the app stores.

[…] some of the tangible steps to take to make a best selling game. Because as we know, it requires a 4 or 5 star game to give us the best shot at making a […]