jjxtra Posted on January 11, 2012 Posted in Uncategorized No Comments 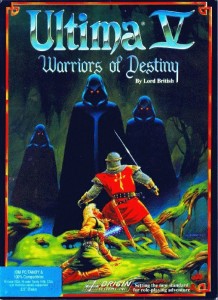 Remembering old school classic games. I believe this is a key to the future of gaming.

I remember as a young 6th grader back at the end of the 1980’s opening a computer game box with three shadow-lords on it. In it was a map, a gemstone rock, and a game manual. The anticipation and excitement at opening this box and seeing the contents inside was just about as stimulating as playing the game. The Game was “Ultima 5, Warriors of Destiny.” What a rich gaming experience. I’m of the firm belief that there are many people now hitting 30 years of age and beyond that long for the classic games that were given the attention to truly make a great game. Many games today seem to be done on an assembly line rather than crafted from truly passionate and dedicated hands. 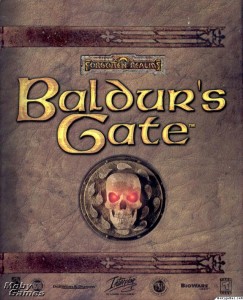 What Makes a Classic?

A classic game makes you want to see the story just as much as take part in the excitement of combat and adventure. A classic game draws you in so much that you forget you are a human living on planet earth. A classic game keeps you up all night as you unravel its mysteries.

When I was in Galway, Ireland doing some church service back in 1999, I went over to the Vallet’s house (not sure if that’s how you spell their last name). We had a great dinner and I noticed they had a computer and a game box with the words “Baldur’s Gate” on it. I’d been in Ireland for a couple years and not exposed to much of what was happening, so I asked in curiosity, “What’s that?” The father of the family was eager to let me have a sit down and play the game.

His group of adventurers wasn’t very far in the game. I remember venturing outside of a town and being completely dazzled by the graphics and sound, along with the uniqueness of each character. I got in a fight against a magic user and a few other NPC’s and barely won the battle. At the bottom were the words, “Gained 2,000 experience points.” along with some level up plus signs on the character portraits. The father quickly ran over to the computer.

“2,000 experience points!” he was flabbergasted as his group of level 1 adventurers had just gained almost two levels from one encounter. I think both of us were giddy and excited at this. Moments later, I ventured further out and was attacked by 5 ogres, which completely slaughtered the party. Oh well, can’t win them all 🙂 Baldur’s Gate, along with its successor’s is one of the truly great and classic games. 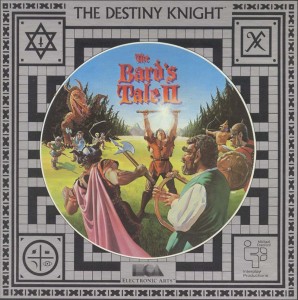 Waking up at 5:00 AM in Middle School

A classic game causes a young boy in middle school to wake up at 5:00 AM because he is so eager to take part in the adventure. Bard’s Tale 2 did that for me. I was entranced by the cover of the game with the man holding the rod over his head and the dragon coming out of the forest. As I played the game and heard the bard tunes from my bard, I felt a part of my group of adventurers.

I distinctly remember a time in the “Grey Crypt”, one of the dungeons. I found it when my group was way too low a level to survive there. However, while in there, a wandering monster wanted to join my party. It was a “Living Dead”. As it joined, I nearly lost my breath – it had 350 hit points, much higher than the 80 or so of my toughest fighter. It bashed things to bits in lower level dungeons. Because of this, I would leave open slots in the party and try to find more wandering monsters to join. Consequently, our group was slaughtered many times as we encountered hostile monsters instead of friendly one’s.

Bard’s Tale 2 – a classic game that drew me in as young boy. 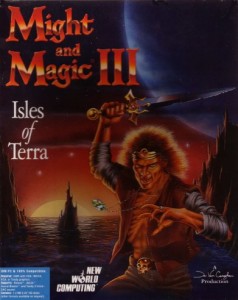 Might and Magic 3 was another classic game I found as a young boy. I was in the “Software House”, a game store in Kalamazoo Michigan. I saw the game cover on the shelves and knew I had to have it. This is another case of a game cover really making a difference. As I fired up the game, I heard Sheltem, a talking face speak in outer space. This was the first time I’d heard speech in a game like this. I was impressed and ready to take on the adventure.

Might and Magic 3 was revolutionary for me. To be able to explore the world in real time and fight battles in real time was exciting. I remember venturing out as far as I could to see if I could defeat whatever was out there. This led to my party of adventurers being diseased and insane with a battle from some “Screamers”, floating heads with an array of magical abilities.

At the end of the game, seeing the fantasy world mix with outer space was another element I really liked. I was now fighting Terminator like robots that would eradicate my party members if not careful. Might and Magic 3 was truly a classic game for me. When I completed it, there was actually a request to send regular mail to the office of the game studio, New World Computing. How many games do this today? 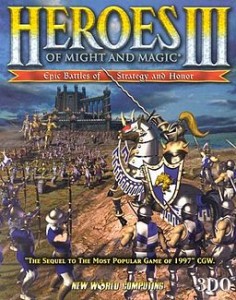 Heroes of Might and Magic 3 is one of the all time classic games. It got a formula for what makes a great game right. It had music that made you want to listen to it for hours. It had a compelling story of heroes. It had addictive game play that always made you want to do that extra turn, and the graphics provided a nice blend of variety and life-like character to the creatures and heroes.

I first played this game when I returned from my church service mission in Ireland in 1999. I remember reading the game manual over and over while I waited my turn to play. It was such a fun experience building up my army and strategizing how I would both defend my towns and conquer the enemy towns. Do I upgrade my units or buy more? Do I expand out, or hunker down?

Heroes of Might and Magic 3 got so many elements right and any game that can match its formula has a chance of being a success in today’s gaming market. 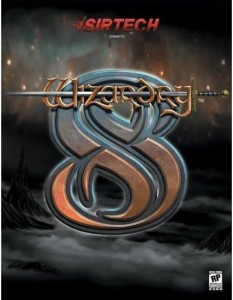 I first played a game called “Wizardry” in the early 80’s. For many years I played the games up until early 2000 when Wizardry 8 came out. The game followed a similar structure to the Bard’s Tale 2. You had a 1st person view of a world and fought in combat against enemies. Wizardry 8 was a pioneer with its real-time combat system, amazing graphics, and interactive characters.

I had a Lizardman fighter in my party. Whenever he got a critical hit, he would shot out, “Splendid!” It’s little elements like this that make a game truly great. I really felt like I was the general of this party of 6 adventurers and I did my best to keep them all alive.

Wizardry kept me up into the late hours of the night. With its engaging story, colorful characters, and character development, I could not have asked for a better gaming experience.

Remembering classic old school games is the key to the future of gaming in my opinion. The classic games were personalized and had flare. They weren’t made from an assembly line for the masses. They were made for the individual who wanted a rich and custom-tailored gaming experience. I believe there is a market today for such games. Question is, can the classic game formula be resurrected and show success?

[…] graphics. The game must be fun, but challenging and interesting to. This balance is what separates classic games from those that are average or […]

Is the RPG Dead? - Digital Ruby

[…] world today so fast paced, that there is really no more time for a great RPG? When I wrote about remembering the classic computer games, I stated that I believe there are those of us 30 years of age and older (as of 2012), that still […]