Is the RPG Dead?

Is the RPG dead? I read a couple articles about the death of the RPG (role-playing-game). One was “Is the RPG Genre Dead“. The other is “The RPG Is Dead, Long Live the RPG.“. Both articles seem fairly certain that the classic role playing game – the immersive RPG, like Baldur’s Gate or Knight’s Of the Old Republic is dead.

I’m passionate about this as a game developer because I’ve always wanted to make an immersive RPG. The kind of RPG that takes you so far away from real life that you actually feel like you are in the game world. I can think of several games in the past that did this for me – Wizardry, Baldur’s Gate, Ultima (I-VII), Neverwinter Nights, and Knights of the Old Republic.

There’s just something about playing an immersive RPG game, developing your character, interacting with the game world, and deciding the outcome/fate of the world. Is the world today so fast paced, that there is really no more time for a great RPG? When I wrote about remembering the classic computer games, I stated that I believe there are those of us 30 years of age and older (as of 2012), that still long for an immersive RPG experience. 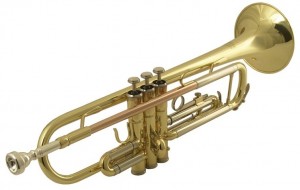 I stand by this thesis. There are many of us (now older) who long for the classic RPG experience. However, making an immersive RPG game is going to be risky and expensive, not to mention time consuming. How do I really know if there is a huge market for this kind of game. I feel like I need to get a giant trumpet out and rally the troops. Who is with me?

Part of the challenge is where the game market has headed in general. With mobile devices, tablets, and consoles being so easily accessible, this makes it easier to create a game that doesn’t require much learning curve. On a phone, you just tap and move your phone around to play a game often times. I’m not sure whether this is good or bad. It just means that games are quicker and easier to pick up due to the devices they are made for.

When the PC was the dominant force for games, the RPG made a lot of sense. You had the entire keyboard and mouse to play the game. With so many keys and options, a very rich and detailed experience was able to be created. There were no competing mobile devices or tablets to overly-simplify games… The trend certainly seems to be casual games for mobile/tablet devices.

That life is more busy now with so many options may be another reason. Who has time to sit for hours on end to learn and play a complex RPG? We have so much more now vying for our attention, that it may very well be a problem of time to play the game, which makes sense to me, seeing the rise in popularity of casual games, especially for mobile devices. Is the RPG dead? If it is, the improvement in technology and access to information may be part of the reason…

Is the RPG dead? My conclusion is that the classic RPG as was known in the late 90’s and early 2000’s is dead. The advent of additional devices, such as the mobile phone and tablet, have made it very easy to create casual games, which appeal to the mass market.

As technology has increased, so has the pace of the world and the access to more information than ever. This makes it very difficult to justify making a classic RPG game that is immersive and time consuming. It doesn’t mean it is impossible. Skyrim, for instance, is an adventure RPG and showed great success. But it doesn’t quite qualify as the deep and immersive RPG in my opinion.

Is there hope for a new breed of RPG – one that satisfies the personal touch and desire for gamers that was there in the past? I don’t know the answer, but I’m certainly exploring the question. I see comments in forums, YouTube, and blogs that seem to show demand for such a game. What that game is…I don’t quite know yet 🙂