The State of Cloud File Storage in 2022

jjxtra Posted on June 30, 2022 Posted in Uncategorized No Comments

Storing terabytes of data in Azure, AWS or Google Cloud can get quite expensive. Per Backblaze, here is a brief breakdown of pricing as of June 2022: 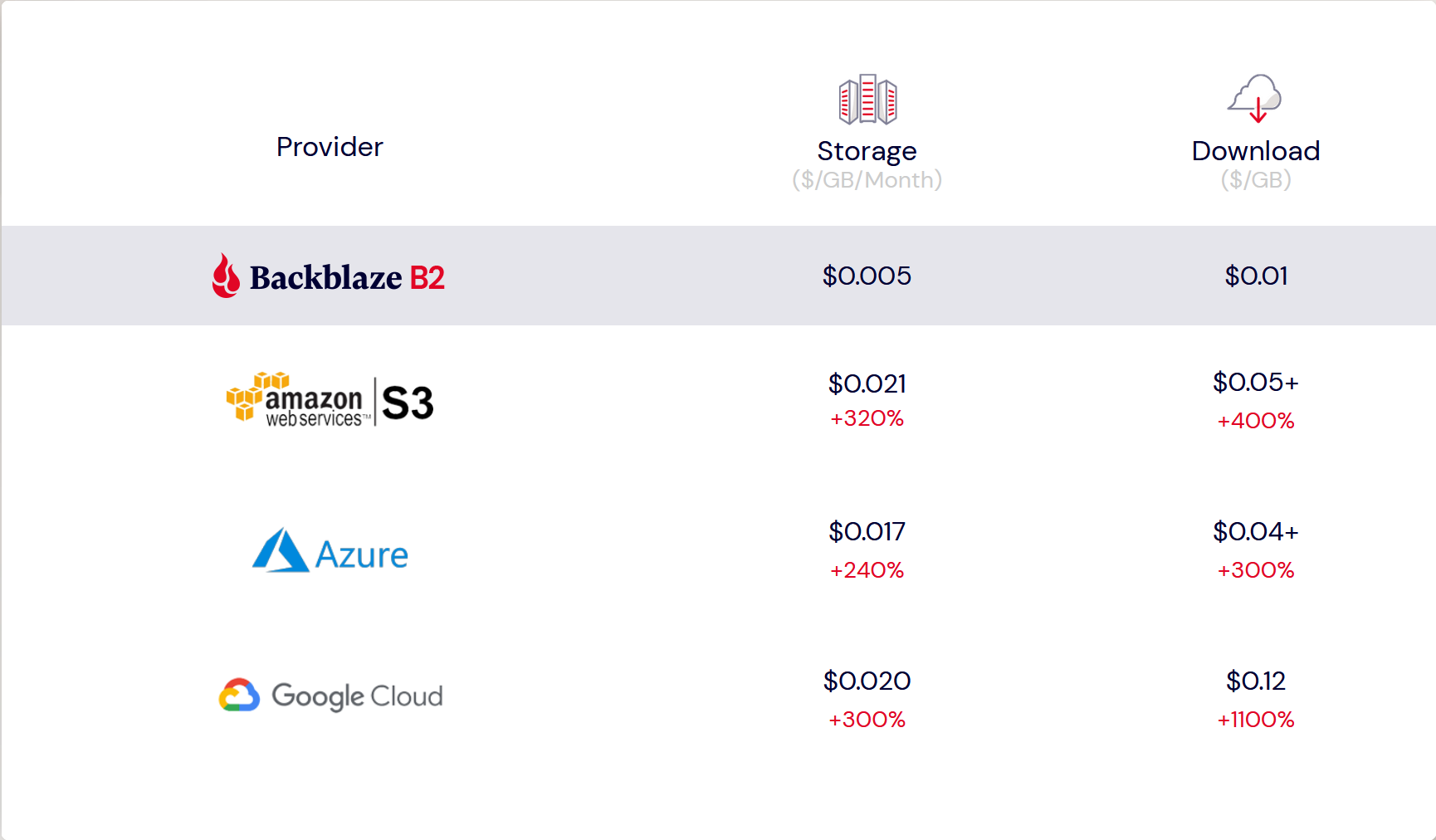 Backblaze will not charge for bandwidth for accessing public urls via CDN partners.

Backblaze does not charge for incoming bandwidth, upload or delete requests.

For the big 3 in cloud storage, 10tb of data will run you between 2000$ and 2500$ per year – just for the storage. This doesn’t cover the api calls or bandwidth which can often be an order of magnitude greater or more than the storage cost – running your bill to 25000$ or more.

A couple of new providers have really taken off that are not in the above table.

Cloudflare is unique in all storage offerings in that they will automatically replicate your data for you in multiple regions. They attempt to move objects closer to where they are accessed. This makes Cloudflare R2 a top choice for any data that must be highly performant and redundant.

5.99$/TB/month. Wasabi has a sneaky provision. Each file will round up to a minimum of 4k (but not higher) when determining billing. So even a 1 byte file will count as 4k for billing purposes. Also, deleted files will count against your storage for 90 days after deletion. But they have no API fees and no bandwidth fees.

Wasabi has a clause in the contract that if you go over bandwidth in a month that is greater than the sum storage of your account that they might terminate or suspend the account without notice. Yikes…

There is a common trend of vastly reducing bandwidth costs or not charging for bandwidth at all. This will force AWS, Azure and Google Cloud to adapt, and I could see a future where they all move to an api call + storage only billing model (or even storage only). They will have to adapt or start losing market share as tech companies go to the cheaper providers.

The last point I will mention is bandwidth lock-in. This is why the major cloud providers charge for bandwidth out. For a large businesses it becomes prohibitively costly to migrate their data out to another provider. Essentially a form of blackmail to ensure people don’t switch to another provider. It’s wrong and is why I respect Backblaze and Cloudflare so much, along with other companies who are part of the bandwidth alliance.