What Game Should I Make?

jjxtra Posted on January 23, 2012 Posted in Uncategorized No Comments 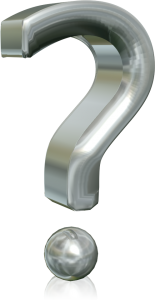 What Game Should I Make? This is a good question if you are thinking about making any kind of computer game, video game, or mobile game. Jeff and I recently finished making our first game together, Math Asteroids. The way we decided to make it was pretty simple. We said, “Hey, we like space games, asteroids, and math. Let’s make a space ship that blows up asteroids with math equations!” So we did. But does this really answer the question, “What game should I make?”

If you’re thinking about making a game, there’s other factors to consider beyond what you think is cool. Jeff and I think space games, asteroids, and math are cool. But we’re also interested in building a game company. Will we decrease our chance of success by randomly developing games we think are cool? We think so. So I came up with another way to decide what game to make. I recently learned a technique used by the military, particularly the Navy Seals. It’s the CARVER technique.

The CARVER technique is used to identify which targets should be taken out in a war-time situation. Should the soldier be taken out? What about the supply depot? Maybe the air strip is a better target. The way the most important target is identified is by assigning values to key indicators. For the military, and the CARVER technique, it is:

Knowing this, one might assign a criticality value of 1 to an individual soldier, and a 10 to an air strip. However, the vulnerability of the solider might be a 10 (not well defended) and the air strip might have a vulnerability of a 1 (very well defended). So other factors come into play. The targets with the highest score after evaluating all criteria are the top targets.

Using the CARVER Technique to Choose a Game

Jeff and I went over a game list of ideas from a brainstorming session. We also came up with a set of criteria that matches what we think are the key indicators. They don’t quite match the CARVER indicators, but we think they represent what one should consider when deciding what game to make. What game should you make? Try these criteria:

We also decided that complexity and cost were more important than other factors as we’re just two guys trying to make the game. So we added “weights” to them to give them more value. Cost is important because we don’t have a ton of cash laying around to pay others. Complexity is important because we also want to make the game fairly quickly and not be bogged down by technical challenges. We also added a “mirror” game that best represents a best selling game that matches the closest to our idea. These are the factors we consider in what game we should make.

How We Scored Our Game Ideas

We came up with quite a few game ideas. Some were RPG based, others action based, and others casual/puzzle based. Based on the scores, we see that the top 3 games we should make are:

These may not be the final names for these games, but they represent the general idea. Grow ‘Em is the idea of having creatures that live in your phone that you can interact with. Quicka is a game like Bop It, except with different elements and hopefully more intense and interesting. Tower It is simply a tower defense game – you build towers (which shoot out projectiles) to stop waves of “creeps” from reaching the end of the screen. From our scores, Grow ‘Em seems to match our criteria the best. It’s a casual game (casual games are very popular), won’t be too complex to make, won’t cost much, and is a unique idea. The big risk is will it appeal to a mass audience. It may not even need to, so time will tell.

Either way, this is the first game Jeff and I will start working on. The nice thing about using this technique for deciding what game to work on is if we end up not really liking making Grow ‘Em, we can just decide the next game on the list. Of note is the “Ideal” category. This means this is the game we would most like to make, regardless of whether or not it might sell to a mass or niche market – because it’s a game that resonates with us. RPG and strategy games are both like this for us.

Taking the time to outline our game list and weight the important categories was useful to us. In my opinion, it takes some of the guessing out of which game to make. Using the most critical factors, we can give ourselves a better chance of making a game that is successful and resonates with gamers. As we make the game, I’ll update on the progress of it. I certainly look forward to sharing it with you.