jjxtra Posted on February 19, 2012 Posted in Uncategorized No Comments 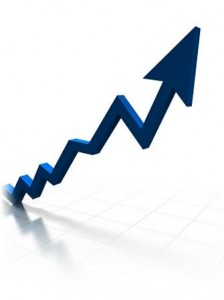 Jeff and I have recently gone full steam ahead in creating mobile applications and games. Before we created a game for the PC and XBOX called Math Asteroids. But we’ve come to realize that mobile is where the trend for device usage is headed and we need to prepare ourselves for the change in mobile application growth.

One way we are preparing is learning Corona SDK to develop for iOS and Android mobile devices. This isn’t to say that the PC is going to go away anytime soon. But over time, we’ll see mobile taking up a larger chunk of space due to mobile application growth. Here’s why.

Would you rather haul a laptop computer in a bag around with you, or simply have a small little device called a mobile phone which you can put in your pocket? What is easier to access and use and still does most of what you want? The trend of mobile application growth seems to suggest the mobile phone or mobile device.

Here’s a chart showing the growth of mobile devices in 2011 compared to 2010:

Let’s face it. It’s much easier to hold a mobile phone in my hand than a laptop. If I use the simple reason that there is less pain to hold a mobile phone than a laptop, I’d know mobile wins. There’s also much less hassle in setting the phone up and running or diagnosing problems. With a PC or MAC, there’s so many parts to manage and work with that it can be frustrating. A mobile phone is one thing – one device and its ease of use is one reason there is mobile application growth.

Mobile Devices Can Do What We Want With Less

What you see here is a 1982 Osborne Executive portable computer next to a 2007 smartphone. Let’s compare the two in power and ability.

Differences between 1982 Osborne and 2007 smartphone

What Are People Doing?

Smart phone’s are a favorite device across all generations, particularly the younger generation. The ability to easily call and text someone makes having a smartphone readily available a must. Add to that smartphone the ability to watch movies, run applications, and take video and pictures and you have a recipe for mobile application growth.

Mobile application growth is going to continue to increase. With the increasing power and capability of smartphone’s and mobile devices, along with the convenience and ease of use, mobile applications will be desired to assist and entertain others. The question Jeff and I ask ourselves and maybe you should ask yourself is, “Are you ready to take advantage of this opportunity?”