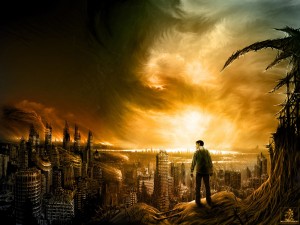 Generally the indie game developers and indie game companies don’t have the advantage of financial backing and mass resources in graphics, sound, and technical areas to help with their games.

We reviewed many of these indie game development games for two reasons. 1. To give feedback to other indie game developers and 2. To hopefully get our game, Math Asteroids reviewed for the XBOX 360 and accepted so that others can purchase and play our game.

To do this, we left reviews on the App Hub forms for the other indie game developers and asked them to review our game. You see, to get a game on XBOX 360, you must get a number of people to “pass” your game, which requires others to download it and review it on their XBOX. In doing this activity, Jeff and I realized some interesting things about indie game development.

Jeff came over to my house and we downloaded many of the indie game development XBOX 360 games to my computer. Then we connected to my XBOX and began to install the games to my XBOX. We then sat on the couch and started to look at them with my daughter Ellie and Jeff’s daughter Bridgette’s help! Right away we noticed a distinct difference between these indie game development games and say, Baldur’s Gate or Starcraft. There was just a big difference in graphics, sound, game play, and polish. Most of the indie games were lacking in these areas and then some. Most of them were playable, yes, but I’m not sure there were worth paying money for.

I don’t say this to slam indie game development. On the contrary, it’s merely a statement of fact. Indie game developers don’t have access to the capital and resources that a large company like say, Electronic Arts, does. This isn’t to say that an indie game development company can’t produce quality work. I think they can. But in order to do so, they must understand what they are doing wrong, learn from successful and enjoyable games, and then correct their games to match.

Many of the games we reviewed did a good job having a start screen that had something to the effect of “Press Start to get Started.” That’s great. But after that point, many of the games fall short in how to play the game. In many of the successful games I’ve played, it doesn’t take me long to get started and explore and fight – or do whatever the objective of the game is. The indie games, however, are mostly lacking in clear objectives and controls. There were no quest logs or easy to use screen elements to check for what to do next.

2. Creating color scheme’s that are difficult to read.

Many of the indie games had similar colored backgrounds and text. This is a no-no since it makes it VERY difficult to read. Human attention spans are short and if reading text is difficult, we’re going to quickly abandon the game. I know my instinct when reviewing the indie games was to just give up and stop without trying to do a real solid review.

The controls for a game should be fairly simple. For some of the indie games, it was. For many, however, the controls were cumbersome to use. One game used the left trigger on the XBOX to fire a weapon. This made my finger sore and was hard to do while using the XBOX controller thumb-stick to move around. Generally, the A, B, X, and Y are your primary action buttons and the thumb-sticks move you around. But many games didn’t quite grasp this. A game should let you get in right away and use the controller or keyboard in a way that intuitively makes sense.

4. Making it too cumbersome to progress.

I’m of the belief that a game needs a solid level designer and game play tester to really refine the game so that it provides the best enjoyment and challenge for a user. Many of the indie games clearly did not have the resources or time to do this. As such, I’d get stuck in the game and have no way of getting unstuck from my current position. It’s no fun to be stuck in a game with nowhere to go and this quickly made me want to quit.

5. Making the game too difficult or too easy.

Some of the indie games were a cake-walk. I was practically invulnerable and cleaned up (once I learned the difficult to understand controls and interface). Others were darn near impossible. For instance, in one game the object was to kill monsters and ogres with a sword. But getting hit once or twice resulted in death. Though the graphics and sound were decent, this doesn’t have mass appeal as many people will give up and quit.

What Indie Game Developers Can Do Right

1. Make the game simple to understand.

Make a game simple and easy to understand by starting with a very brief tutorial that starts the game. Involve easy to read pop-ups and dialog that get the user familiar with how to play the game. By the time the tutorial is done, the player should know pretty well the core elements of the game, making for a less frustrating experience.

2. Make the color scheme easy on the eyes.

It should be easy to read all text in the game. To do this, make text bubbles with a white background and black text on them. That way the text bubble is easy to read. Or if there is dialog, make a separate section at the bottom of the screen just for the text and make a white/black background with black/white text – the text being the opposite color of whatever the background is. Many best-selling games, including Knights of the Old Republic, do this well.

On the XBOX, B generally takes you back a screen unless the UI implicitly tells you otherwise. A, X, and Y are used for punches, kicks, attacks, and to pull up character/inventory management screens. Don’t make the trigger buttons do this. Don’t neglect to have the directional pad and the left thumb-stick on the XBOX control the game. Handle all user cases for game play and that is one less thing to deter your users.

4. Make the game fun and interesting enough to keep it progressing.

The game should progress in simple stages of learning that are enjoyable. Make the game too bland and we’ll just quit the game. Make it too complex and we’ll just quit. There should be the perfect blend of interesting game play elements and story progression. I know this sounds confusing, so I’ll word it like this. Playing a good game is like reading a good page-turning novel. It’s at a pace that is interesting and comfortable and makes you want to see what is next. Throw in surprises here and there. Add different monsters slowly over-time. Create a few surprising twists and turns.

5. Make the game just right between easy and challenging.

A game that is too easy does not give a sense of progression. A game that is too hard is just frustrating and I will curse and swear and throw the game away. A good game is challenging, but can be solved and completed by most people. Angry Birds does a good job of this with their progressively harder levels. And you don’t have to beat the level perfectly to continue. But you have the option of going back to the level and trying to get the bird flung at just the right angle to get a perfect score. Sheer brilliance on their part.

Games That Got It Right That We Liked

We reviewed 25 games. Two games stood out that we thought were pretty good indie game development games. They are:

This game got most of the good criteria right. It gave simple instructions to swing a pendulum back and forth and in doing so, the next step became clear – to swing the ball on the pendulum over to new pendulums and ultimately to a portal to complete the level. Pretty neat and fun challenge to progress and figure it out. It kind of reminds me of the Portal games where you have to jump through portals to complete levels.

Though this game did not have the best graphics, it did a great job of providing simple text and tutorial instruction at the start of the game that told us what to do. We quickly learned how to jump, use walls, swing our weapon, and progress through the game naturally. It was a brilliant job of helping us along.

What’s interesting about these two games here is that my daughter, Ellie, and Jeff’s daughter, Bridgette liked them both. Kids are great testers, so let them have at it with your games and see if they have fun 🙂

Though this game was confusing and difficult, the sheer amount of effort that obviously went into it deserves a mention here. It’s a deeply involved role playing game that could use some polish in the UI, but has great potential if cleaned up in just a few areas.

Many indie development companies and individuals could vastly improve their games just by simplifying them, adding quick and easy instructions at the start, and testing the game play to make sure it is just the right mix of challenge and fun. The facts say that 2 to 3 out of the 25 games did a good job of providing a quality gaming experience. The other games may have gotten one or two game elements right, but lacked in many areas. This tells me that indie game developers need some educating and game play testing, among other things to take them to a higher level of quality.

Thanks for the kind words, Jeremy. I’m glad we could entertain you and your crew. (Hi, Ellie and Bridgette!) It’s also good to hear that the development decisions we made while creating the game for Windows Phone 7 still shine through on the Xbox version. Sometimes, what works on one platform doesn’t translate well to another. I appreciated your analysis of what works and what doesn’t, particularly—no surprise, considering my background in QA—the need to playtest. We’re still tweaking little things in the levels as we go back and play them for the thirtieth, fortieth, or fiftieth time. Also, tell… Read more »

Matthew, thanks for stopping by – much appreciated. Do you work for Drop Bear Gaming? I’m trying to remember where I reached out to you.

The QA is definitely a crucial part of the process. Refining and polishing are a must for a good product. I’ll give Jeff some encouragement. We’re hoping our game gets accepted in this round.

Thanks again for stopping by.

Drop Bear Gaming? Man, I wish we’d thought of that. No, I’m from // do better games, and I’m the primary designer for Pendulous. I was pointed here to see your kind words about our little platformer. Again, much appreciated.

Matthew, Pendulous was definitely a big hit with the family and children especially. I remember when we got to the level with one of the really big circles to spin around, they got so excited to see that.

You really did a great job with that game in making it fun and challenging – would you say that game is your top seller?

What’s frustrating is that we had accidently set the number of players as 1-4 instead of 1, and somebody rejected our app instead of kindly notifying us to change the value. Now we have to go through this whole process AGAIN. That’s why people don’t publish on XBOX live and why it is a joke.