The iOS App Store has a Spam Problem

jjxtra Posted on October 29, 2013 Posted in Uncategorized No Comments 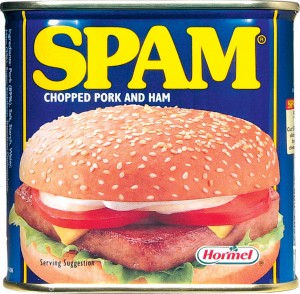 I spend a lot of time in the Photo / Video category of the iOS app store. That’s mainly because I have an app, You Doodle that’s in the app store and ranked about 100 on any given day in the photo and video category. I often look at the top apps to see what is popular and I’ve noticed an interesting pattern. There are a lot of apps that are thin, ad ridden wrappers around the Aviary Photo Editor SDK. This is similar to websites that used to scrape Wikipedia to get ranked by Google and get banner ad clicks. Many of the apps have the same standard splash screen with a different icon and colors and a popup ad and a little timer for an app of the day.

Here are two examples of some of the worst offenders (there are dozens of apps with the exact same functionality, only different icon, splash screen and title):
Quick Edits Spam App
Fast Edits Spam App

The title and even the company name are keyword stuffed to the max. The screenshots are laughable – one even has a developer version iAd banner in it!

Many, many apps like it exist on the app store. It is frustrating to put so much time into making a unique app only to find that there are dozens, perhaps hundreds of spammy, ad ridden, keyword stuffed apps on the app store where they are cranked out like an assembly line.

From section 2.11 – 2.13 of the Apple App Store submission guidelines:

2.11
Apps that duplicate Apps already in the App Store may be rejected, particularly if there are many of them, such as fart, burp, flashlight, and Kama Sutra Apps
2.12
Apps that are not very useful, unique, are simply web sites bundled as Apps, or do not provide any lasting entertainment value may be rejected
2.13
Apps that are primarily marketing materials or advertisements will be rejected

Every app that goes to the Apple app store has a manual review process. Perhaps a human touch could help determine whether an app is yet another thin layer around some shared third party library or not and impose a ranking penalty or reject the app all-together.

How can Apple allow all of these spammy, exact duplicate apps on the app store when it is against their review guidelines? I guess that’s why they are called guidelines. I understand doing a free version and a paid version. Even with You Doodle, there are three versions, but each allow purchasing options that are slightly different depending on if the user has a credit card attached to their iTunes account or not.

It’s great that there are a million apps on the iOS App Store, and at this rate there will be 10’s of millions. The number is a false representation of actual quality and unique apps, which is unfortunate.

Thoughts anyone? I don’t have an easy answer other than maybe allowing apps to be flagged as spam by users and then Apple taking manual intervention if the flag counts are high enough… maybe their is a programatic solution…